When I joined the Army, my mother got rid of everything. Fortunately, I married a collector. Her father would take her to auctions where she learned to collect. The first thing that we collected was blue Royal Lace depression glass and 1939 World’s Fair items. In the mid 1990s, we would set up at shows selling cookie jars, Holly Hobbie, and anything else that we could sell. We traveled through PA, NJ, Del and VA. At some point she observed that all you ever saw was Coke items. She said, “Why don’t we collect Pepsi-Cola stuff?” This was in 1997. We knew the difference between “dot” and “double dot” Pepsi. We found books on Pepsi collecting by Bob Stoddard and learned that there was a Pepsi-Cola Collectors Club, which we joined. 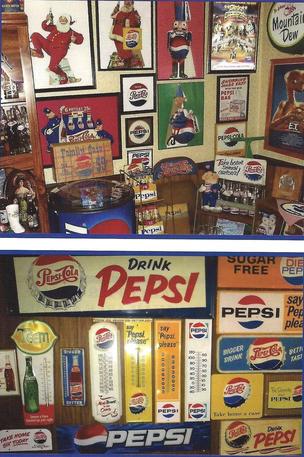 As of 2018, Bill and Delores have been married for 55 years and collecting Pepsi items for 30 years. They have been members of the PCCC for 22 years. They have attended 20 Pepsi Fests and 7 ECPC gather-ings. They have one daughter and two grand-kids, with both of the grandkids having attended several ECPC events. Delores’ favorite item are her Pepsi and Pete cookie jars, although she likes print ads and anything that catches her eye. Bill loves Pepsi bottles, especially pre-1930 bottles. Besides Pepsi, they collect Auto-motive items, tire ashtrays, etc. 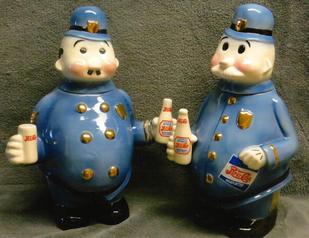 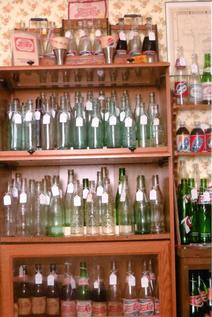 I have been blessed with a wife who enjoys collecting and the hunt. It has paid off several times. Most notable, we were at a flea market and I saw a dealer setting his table. He laid down a cardboard Pepsi sign from 1952. It offered a teddy bear for $2.98 and 24 bottle caps. When I asked the price, he said $20.00. I replied, “Would you take $15.00?” He said NO. My wife had moved a couple booths ahead, so I told her to go back and look at the sign and see if she thought it worth $20. A short time later, she came back with the sign. She said, “You are not going to believe this.” When she asked the price, he said $15.00. She asked if he would take $10.00 and he said YES!

Collecting anything can be fun and educational. It can keep families together and you meet some of the neatest people. One thing that I had learned from collecting coins, always buy the best condition you can afford. Some collectors will collect any-thing Pepsi while others narrow their collections to paper items or bottles or signs or even patches. They never buy thinking of what I can sell it for. They collect for the love of collecting, learning or genetic. 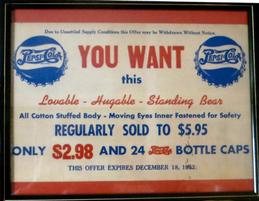 From an early age, I collected many things from bottle caps to empty shells collected at a nearby police range. I collected coins and built car models (some of which won trophies).

What makes a collector? Is it genetic or is it learned? Neither of my parents collected, but my grandpop (on my mother’s side) taught himself to repair clocks and had several clocks throughout our house. The best part was the bedroom filled with wall clocks. From time to time he would take me “dump digging” and in to junk shops. 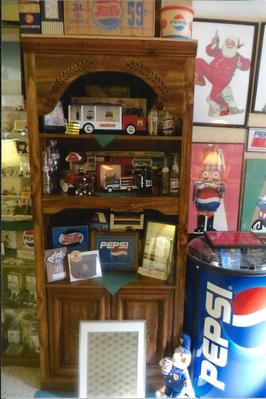 Another time, she found a Pepsi sled in a booth that had auto-motive items in a mall. When she likes “neat stuff”, I lean to-wards bottles and related items. I am always looking for old and odd bottles. The oldest one is from New Bern, N.C. This is one of the first Pepsi bottles from 1905, only seven years after Pepsi was started. Rare bottles can often be found cheap because deal-ers think only Coke bottles are worth anything. I was able to pick up a 16 oz. green bottle from 1983 for $15.00 that Jim Ayers has listed in his second book for $300. I also found a dark brown bottle from the same period that is not in the book. Jim Ayers has written two books on collecting Pepsi bottles which are a must for anyone who collects Pepsi bottles.

Once, I was asked if I thought I would be able to recover what I had spent on collecting Pepsi? I noticed that the question came from a guy displaying several tattoos on his arms and neck. I then asked him if he could recover the money he had spent on his tattoos? 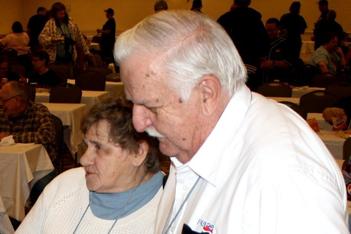 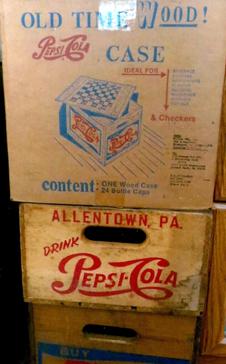