We were unable to upload your file. Please ensure your file is 10MB or smaller in size.
Thank you for contacting us! We will respond to your request within 48-72 hours.

Previous Questions and Answers below

I have an old Pepsi bottle and would like to know the value?

There are many different Pepsi bottles in a variety of colors, shapes, styles and sizes and are very different from what we see today.  Some bottles may say Pepsi on it but actually contained a flavored drink.  Because the bottles vary so greatly a collector's guide is a good way to find out what the age and value of the bottle could be.  A recommended resource guide on Pepsi bottles is "Pepsi Cola Bottle Collector" by James C. Ayers.

I have an old wooden Pepsi crate used to carry bottles and want to know more about it.

Wooden cartons were generally used in the 1940's when paper was in short supply.  The cartons come in a variety of shapes, sizes and designs.  A guide to Pepsi Cola collectibles will tell you more about cases and carriers.  Several guides are available and can be found in most bookstores.

I have a Pepsi Cola glass that is flared at the top is it old?

Early Pepsi Cola fountain glasses were made with a flared top and the glass was extremely thin and fragile.  These glasses are extremely rare and almost never seen.  In 1973, the Pepsi Cola Company issued a commemorative set for the 75th Anniversary, which contained six flare style glasses and a serving tray.  The glasses that were included in the set are often mistaken for an old fountain glass.

I have a glass that has cartoon characters on it and it says Pepsi, how much is it worth? 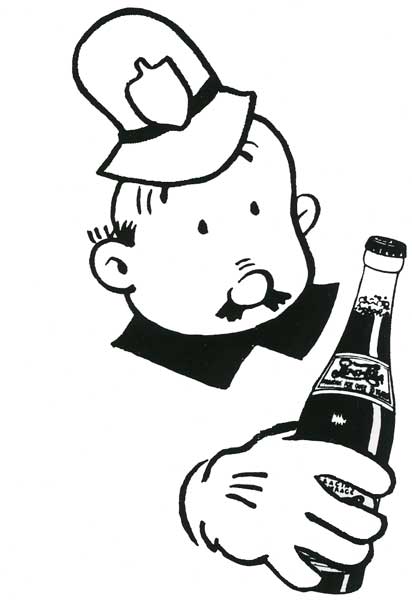 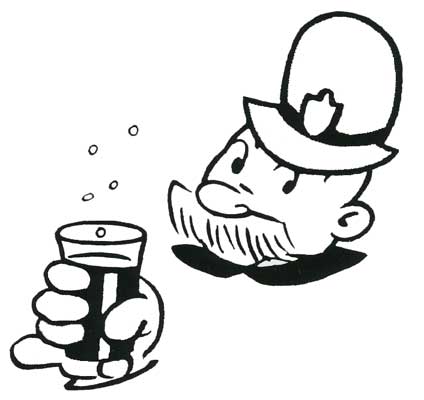