Bob Stoddard remained president of the club and editor of the newsletter until March of 2011.  At that time a group of members were appointed as the Transition Team and spent a year writing By-Laws and continuing the work of the Club by writing the newsletter, and planning for various PCCC events.  The first Annual Meeting of the PCCC was held at Pepsi Fest in March 2012 with the first election of officers of new formed Board of Directors, and the presentation of Annual Reports.

The Pepsi-Cola Collectors Club has grown to include local chapters in cities throughout the United States as well as club members in several other countries.  "The Pepsi Fair" has  been renamed "The Pepsi Celebration" and is now held in Las Vegas, Nevada in November.  Club members from all over the country attend the fun-filled event.  The desire to gather with other Pepsi collectors has also spawned two other great events.  An annual event called "East Coast Pepsi Connection" also know as "ECPC" gets together every July in a different location along the east coast; and the Ozark Mountain Club hosts a gathering in Branson, Missouri every August.   All these events provide additional opportunities for club members to gather and have a great time with fellow Pepsi collectors.

As the newly formed club grew, there were thoughts of organizing a national convention.

with friends Michael and Sharon Hunt, also antique advertising dealers and Pepsi collectors, volunteered to find a location for the gathering.  The first national Pepsi-Cola

Collectors Club convention was held in March of 1987 with just over 50 Pepsi collectors in attendance.  The club convention has seen great success.  There are now several hundred enthusiastic Pepsi collectors from around the country attending.  The club has continued the tradition of holding the event, known as "Pepsi Fest", every year in Indianapolis, with the exception of Pepsi's 100th Anniversary celebration in April of 1998, which was held in New Bern, North Carolina, the birthplace of Pepsi-Cola. 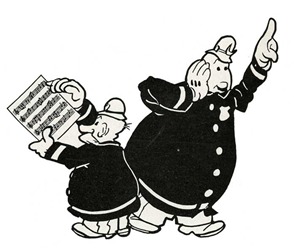